Over the years, DEAN Foundation's work has been recognised and we have been the recipients of many awards. We are greatly encouraged by these awards as it brings about more awareness regarding Palliative Care and will enable those in need to approach institutions like ours.

DEAN Foundation has many worthy activities to its credit. DEAN Foundation was instrumental in amending the Tamil Nadu Narcotics Drugs Rules, 1985, within six months, in December 2000, with the help the of State Government. This meant that Oral Morphine was now easily available to the doctors in Tamil Nadu for those Patients in pain.

The Institution was the first in the State to become a Recognised Medical Institution in Tamil Nadu under this new amendment.  This was truly an achievement considering DEAN Foundation was only one and half years old at that time.

Our Chairman, Deepa Muthaiya, represented Tamil Nadu in the Morphine Availability meet in Delhi, invited by the Ministry of Finance, where she presented a paper on the post ammendment scenario in the year  2001

Received a donation for purchase of an acre of Land in Karamadai, Coimbatore District

Visitors from Overseas include CEOs from other Foundations, Doctors, Nurses and Students.

Started the first Rural Outreach Palliative Project in a Government Primary Health Centre in the District of Kancheepuram, Tamil Nadu, on 29th Dec. 2009. We are the first NGO to be offered space in the PHC by the Director of Public Health & Preventive Medicine for providing Hospice and Palliative Care services.

We the only NGO to present a case for the need for Hospice & Palliative Care Services in the Government Health Care System, at the first meeting on 22 Feb. 2010, convened by the State Health & Family Welfare Department, for the creation of Palliative Care Policy for the State of Tamil Nadu.

Set up the first Paediatric Ward in the Government set-up, managed totally by DEAN Foundation, on 12th April 2010

From the 10th Dec. 2010 onwards, a team from DEAN Foundation, travelled to all Government Medical College Teaching Hospitals throughout the State of Tamil Nadu, to set up designated Government Palliative Care Units incorporating standards of Care.

On 16 May 2013 after evaluating the successful execution of Hospice and Palliative Care services of DEAN Foundation in Kancheepuram district, the Honourable Chief Minister - Ms. J. Jayalalitha has announced in the State Assembly to set up Palliative care centers in all districts in the State of Tamil Nadu, with an allotment of Rs. 16.50 Crores to implement the programme.

On 3 August 2013, Mrs. Deepa Muthaiya, was invited as the Chief Guest for the NSS Annual Day Programme at SRM University, Katankalathoor. 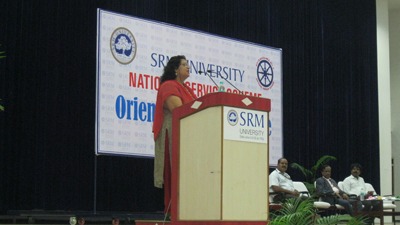 On 30 October 2013, DEAN Foundation conducted the First ever Continuing Medical Education (CME) on "Paediatric Palliative Care" at the Main Auditorium located within the Institute of Child Health and Hospital for Children. The doctors who attended the workshop were accredited with 5 points by "The Tamil Nadu Dr. M. G. R. Medical University". 105 Doctors participated in the workshop. 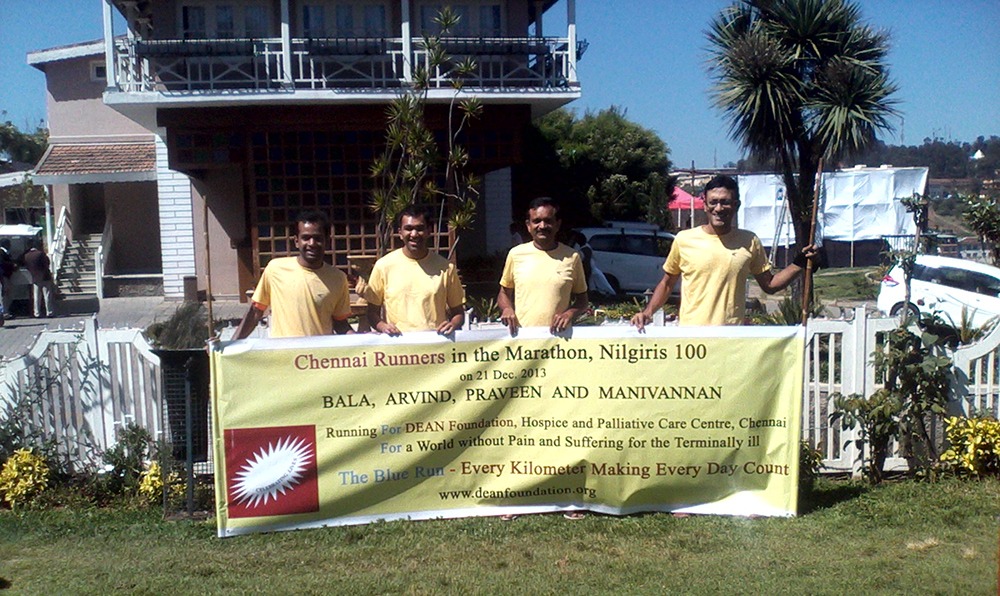 DEAN Foundation, Chairman, Mrs. Deepa Muthaiya was presented with the "Inspiring Change Women Achiever Award" on the occasion of Women's Day by M/s. Jupiter Events in association with the Grand Mall and Inno Geocity on 8th March 2014

The highlight of the celebration of our 16th Anniversary on the 9th Mar. 2014, was the inauguration of the DEAN Foundation Charity Kiosk - Premium Retail space in South India's second largest mall - Express Avenue Mall - given free of charge by Express Infrastructure Pvt. Ltd.

Global Health City awarded DEAN Foundation the Certificate of Honour for Outstanding Service towards Cancer and Palliative Care at the 4th International Nursing Conference on Jan 10, 2015.

Our Senior Nurse-in-charge, Menaka, was privileged to receive the Certificate of Appreciation for her "generous outstanding commitment, dedication and tireless Nursing Service towards caring for Palliative patients" at the above Conference.

DEAN Foundation organised a one day basic Workshop on "Paida & Lajin", a self-healing technique by Master Hongchi Xiao, a Chinese Healer at Asha Nivas, Numgambakkam on 11 December 2014. This resulted in a Paida Lajin Clinical Research Workshop held at TAG-VHS - Diabetes Research Centre from 9th to 13th March 2015, Taramani under the mentorship of Dr. C. V. Krishnaswami and Dr. B. M. Hegde. On completion of the workshop, Master Hongchi Xiao, Founder, Paida Lajin Self Healing Method, China, conferred a Certificate of Authorization, to establish "Paida Lajin Clinics" and to Train, Practice and Promote the Paida Lajin Self-Healing Technique.

DEAN Foundation worked extensively to rescue and treat their own patients' families who were devastated by the Chennai flood in early December, Relief work carried out to over 400 families and 10 Homes renovated in Kancheepuram for patients affected by the Floods, sponsored by CAMS Pvt. Ltd. On 18 February 2016, after going through rigorous due deligence process, DEAN Foundation was approved to be a credible implementing partner under the CSR Rule of the new Company's Act, by the IICA, an arm of the Ministry of Corporate Affairs, New Delhi.

Recipient of the " For the Sake of Honour Award " of the Rotary Club of Madras West, the third oldest Rotary Club in the city of Chennai , in its 36th year of service. This is the first Award being given to an Institution. 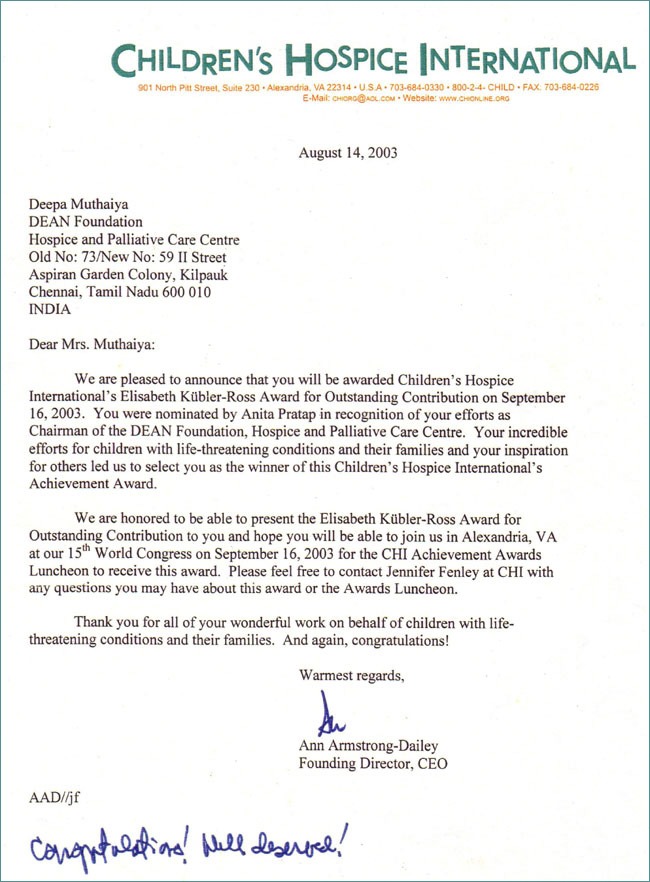 Ms. Deepa Muthaiya, the Founder and Chairman of DEAN Foundation,  is the first Indian to receive the Children's Hospice International Elisabeth Kubler-Ross Award for Outstanding Contribution.  The CHI Achievement Awards seek to recognize the tremendous achievements and unique contributions of those individuals in the field of Pediatric Hospice and Palliative Care around the world to children living with life-threatening conditions and their families. She was selected by the committee on the basis of her incredible efforts despite extremely challenging circumstances and struggles in India.

The Elisabeth KÃ¼bler-Ross Award for Outstanding Contribution was presented to Deepa Muthaiya for her creation of the DEAN Foundation Hospice in Chennai, South India in March 1998. With no medical or nursing background, Mrs. Muthaiya brought together a team of doctors and volunteers to care for the dying. The  Hospice had then provided services for nearly 552 individuals, both adults and children, and offered all care. Deepa's Aunt, Sobha Chathampally, who lives in Rochester, accepted the award on her behalf at the luncheon, on 16 th Sept.2003 at Radisson Hotel Old Town, Alexandria, Virginia, U S A.

The award is a Commemorative Crystal plate that says the name, the name of the award and the date received that can be displayed.

The Founder's journey, from early childhood influences to the birthing of DEAN Foundation, is well delineated by  N. Chandrasekaran, in an exclusive Chapter in his book - "Incredible Champions" in 2014. 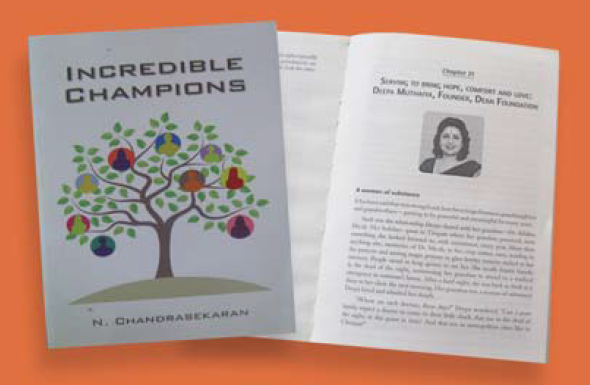 In 2003, Ms. Deepa Muthaiya's (the Founder) work was highlighted in the Introduction to the Revised Edition of the book. "The Tibetan Book of the Living and Dying" by Sogyal Rinpoche, which had primarily been her source of inspiration. 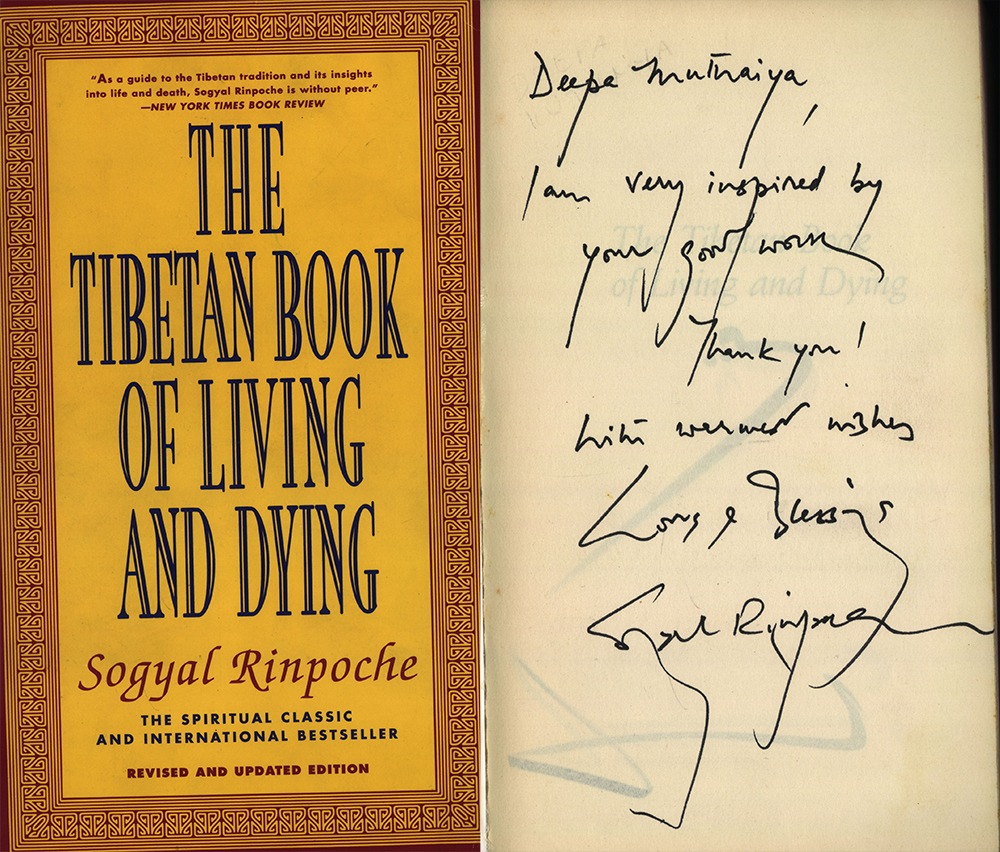 Senior staff Nurse, Ms.S.Devadatha, was honoured with the Vocational Service Award and a citation by the Rotary Club of Anna Nagar on 3 rd Nov.2005.

On the 9th of March, 2006, which also happens to be the Eighth Anniversary of DEAN Foundation, was also conferred the Community Welfare Award by the Sakhi Mandal Sahyog , presented by His Excellency the Governor of Tamil Nadu, Shri Surjit Singh Barnala at a function in the Durbar Hall at the Raj Bhavan, Chennai.